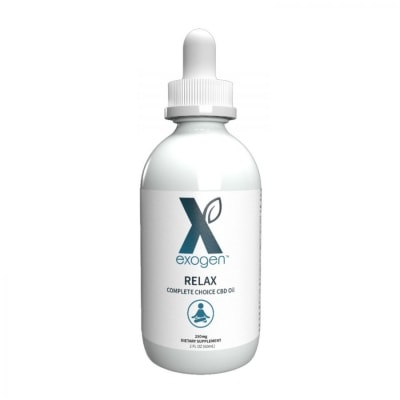 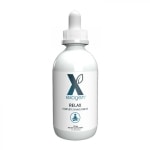 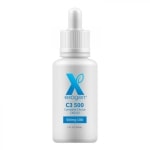 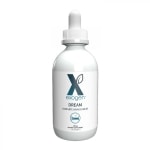 Relax is a matchless blend of L-Theanine, Ashwagandha, Magnesium, Licorice Root and Complete Choice CBD. Recent studies have indicated that L-Theanine benefits include the potential to produce relaxation without causing sedative effects. Relax provides an effortless way to wind down and decompress after a long day’s work.

When introduced into the endocannabinoid system, CBD causes an increased release of 2-AG, one of the body’s endogenous cannabinoids.  Anandamide is also released which may help the body relax.  Anandamide is also known as the “Bliss” molecule. CBD and supporting adaptogenic herbs promotes a sense of calm and balance for body and mind by regulating daily stress and anxiety response.

CBD components bind to our brain receptors. This stimulates serotonin production which can lead to stress relief.  Cannabidiol (CBD) is a compound derived from cannabis (a hemp plant also known as marijuana). However, unlike other compounds found in cannabis, such as THC, cannabidiol is not believed to be a psychoactive compound affecting perception, and behavior. Preliminary evidence suggests CBD may modestly reduce anxiety, certain measures of dystonia (a movement disorder), and glaucoma.

The Avazo Healthcare, LLC and CBDmarketWeb.com shall not be held liable for the medical claims made by customer testimonials. The statements made regarding these products have not been evaluated by the Food and Drug Administration. The efficacy of these products and the testimonials made have not been confirmed by FDA- approved research. These products are not intended to diagnose, treat, cure or prevent any disease. All information presented here is not meant as a substitute for or alternative to information from health care practitioners. Please consult your healthcare professional about potential interactions or other possible complications before using any product. The Federal Food, Drug, and Cosmetic Act requires this notice.

These statements have not been evaluated by the Food and Drug Administration. These products are not intended to diagnose, treat, cure or prevent any disease or ailment. The Avazo Healthcare, LLC and CBDmarketWeb.com assumes no responsibility for the improper use of these products. We recommend consulting with a qualified medical doctor or physician when preparing a treatment plan for any and all diseases or ailments. The Avazo Healthcare, LLC and CBDmarketWeb.com does not make any health claims about our products and recommend consulting with a qualified medical doctor or physician prior to consuming our products or preparing a treatment plan. It is especially important for those who are pregnant, nursing, chronically ill, elderly or under the age of 18 to discuss the use of these products with a physician prior to consuming.  You must be 18 years or older to visit this website and/or purchase Avazo Healthcare, LLC and CBDmarketWeb.com products. The information on our website is intended to provide general information regarding our products and is not to be construed as medical advice or instruction.

You've just added this product to the cart: