As of Monday, July 20th, military service members are no longer forbidden to use CBD products.

According to Marijuana Moment, the House of Representatives approved a measure that allows troops to use hemp products as well as its derivatives. The measure passed by a vote of 336 to 71. The initiative was led by Hawaii Rep. Tulsi Gabbard, who is also a military veteran. It specifies that Secretary of Defense may not prohibit ”the possession, use, or consumption” of hemp or hemp-derived product to a “member of the Armed Forces” as long as the crop meets federal standards.

In addition, the possession, use, and consumption of such products must be “in compliance with applicable Federal, State, and local law.” The measure is a part of a package of dozen other non-cannabis amendments to the National Defense Authorization Act (NDAA). Gabbard, who suspended her presidential campaign for the 2020 U.S. Presidential elections in March, has advocated for the hemp industry. Last year, Gabbard introduced the legislation, dubbed “Hemp for Victory Act.”

The bill was designed to mandate research into a wide range of ways the use of hemp can be implemented in everyday life. Meanwhile, last month, the U.S. Department of Defense’s Defense Advanced Research Projects Agency (DARPA) partnered with the University of North Carolina to study psychedelics. The research is focused on creating “new medications to effectively and rapidly treat depression, anxiety, and substance abuse without major side effects.” 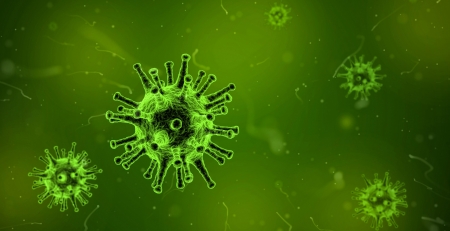 Some CBD Companies Are Making False Claims About CBD and Coronavirus

CBD-Coronavirus Misinformation Is Already Everywhere CBD has got a status as almost panacea. Its antioxidant, anti-inflammatory, and analgesic properties have... read more